A downloadable game for Windows, macOS, and Linux

Once upon a time, a scarecrow stood on a farm. Her existence was a simple one, observing the people who lived there and scaring off the birds. Even when the people had gone and the farm was left barren, she had no wants or needs. How could she?

After countless years of not seeing another soul, a strange woman shows up and gives the scarecrow newfound life. The woman tells her that she has a task for her: grow some plants, and in exchange, she'll free her from the farm. Fail, and she'll go back to being a normal scarecrow.

Scarecrow tends to the plants as directed, unsure of what else to do, and spends her nights walking aimlessly. In time, she meets a kind lion and a mischievous rabbit that bring companionship to her empty days. Maybe this new situation isn't so bad after all?

But the plants are growing a little too well, becoming a bit too lively... Scarecrow can only wonder what this feeling is inside of her that's telling her to run. 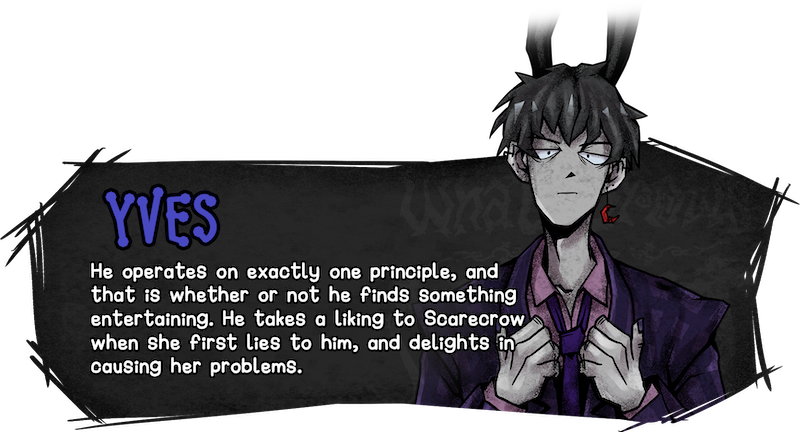 It's a very short game yet very fun! I really like the art and the characters, they're just so lovely.

I wish there was more of this game, it's so short and cute!!

I LITERALLY LOVED THIS GAME like it was so interesting to play, and i love the artwork all the characters are amazing and the scarecrow is cute too <3 also "the end" artwork piece was really cool. it reminded me of the movie coraline and the music for some reason too!!

i loved this game so, so much. the way scarecrow grew into herself,  developing to understand her feelings and perspectives of the world around her-- and how little by little she became a full-grown being, not a simple animated scarecrow. it was so beautiful. the art style was such a fresh thing to see-- funky in the best way possible, and all the characters were so enchanting as short as the game was and in consequence as little screen time they had. i went in and played every single little dialogue and ending options the game had in my very first playthrough. good job, y'all. this was absolutely beautiful. <3

>Visually it's really beautiful, the GUI, THE ART, everyone's expressions are so good! The tittle and end card art are lovely too (also the cursor+ the little leaf at the end of sentences...they caught my eye, I appreciate the detail).

>THE STORY+WRITING IS A DELIGHT, I love how Scarecrow grows into herself, these new feelings she has...I have specific scenes I could mention but I wouldn't want to spoil things in the comment section haha. But while playing, I was both smiling and having major goosebumps!! It had a good blend of being spooky and also touching :D I got attached to all these characters, also.
>I loved all the endings--but the bad ending specially gave me CHILLS!!!! OH MY GOD!! IT'S SO GREAT.

>THE MUSIC, I had to stop and just listen to it first before continuing a scene sometimes. It really drew me in and kept me engaged with the atmosphere. SPECIALLY IN SCARY/TENSE MOMENTS.  Everyone's individual themes are wonderful too!  I love how Yves's just says "this person is here to cause some mischief >:)", it's really good.

Thank you so much for your wonderful feedback  and for playing! :'-D.

We're so glad that you enjoyed the game.

I love the game! My only issue is that I've played through it a bunch of times now and I keep getting the bad ending!

Hey there! I'm sorry to hear you're having trouble, though I'm delighted that you're enjoying the game otherwise!

I hope you enjoy the rest of the game :D

Scarecrow is my fav, but I appreciate all the good ends, bc they all allow her to go out and find herself and learn more about the world.

Thank you for playing the game ! Much appreciated that you like the character of Scarecrow :-)

Very beautiful game, defintley stands out from other games ive played & one to remember, very unique art style may i add aswell.

I got all the endings i belive, thus being the bad end and the good end, maybe in the future you could add an  end where you spend it with yves? ( hes my fav character lol) cos ik if u spend time with noel, you get the good ending, but if you kinda ignore eveyone you get the bad end.... if that makes sense.

Hey there! Thanks so much for playing, and I'm glad you enjoyed it!

The game does actually have four total endings, INCLUDING one for Yves! If you're having trouble figuring out how to get his ending, I recommend trying to be a little more aggressive with him! He's an odd one after all.

Ah alrite tysm! and yw i loved playing it :]

Edit: tyyyy i got the yves ending i feel satisfied now ^^

I'm so happy to hear that! :D Thank you so much for playing and letting us know!

I had such a fun time with this! Everyone has such a strong personality, and the game is just, so stylish?! The UI adds so much to the overall feel! And the voices are an excellent touch.

I went in expecting to be super into Yves (and I was), but by the time I was done I really fell in love with all of the characters.  Playing this put me in a great mood. c:

Thank you for playing the game! we put a bit more time for each characters and we’re glad we can be able to portray them with their own routes.

I loved this game!! The set-up and characters were interesting and I loved the diversity in designs! The story was cute/fun but also had some genuinely scary parts (especially near the end). The art, design and music was all so well-done as well! Thank you for making this game!

It's such a great game!! I love the art and the story!

Thank you for playing the game !😊

We’re glad you enjoyed it! 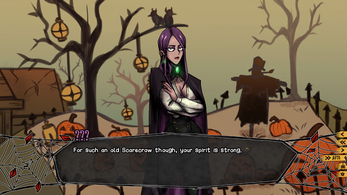 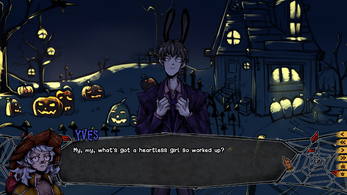 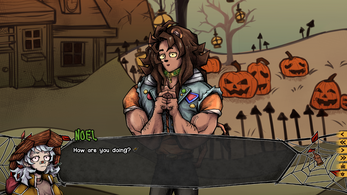 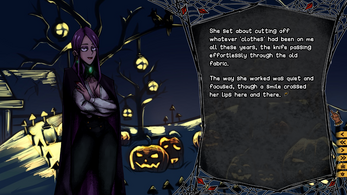 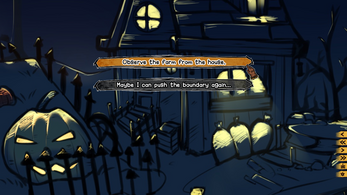 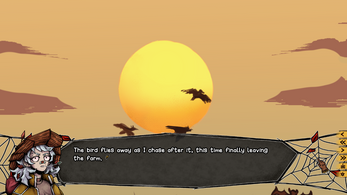 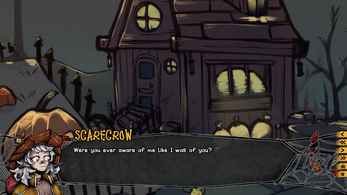 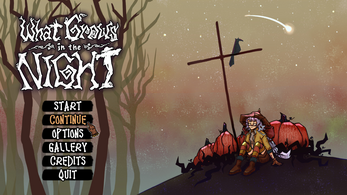 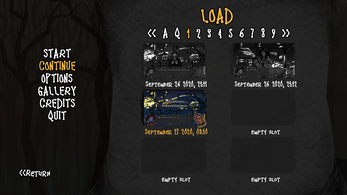 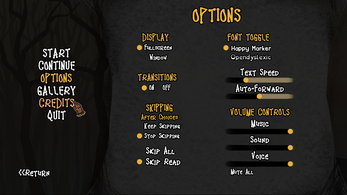